We’ve all had those days when things don’t go our way. Anger is a common enough reaction in those situations where our expectations are disappointed, our intentions are frustrated, we feel like we’re under threat, or we find ourselves with our backs against the wall. 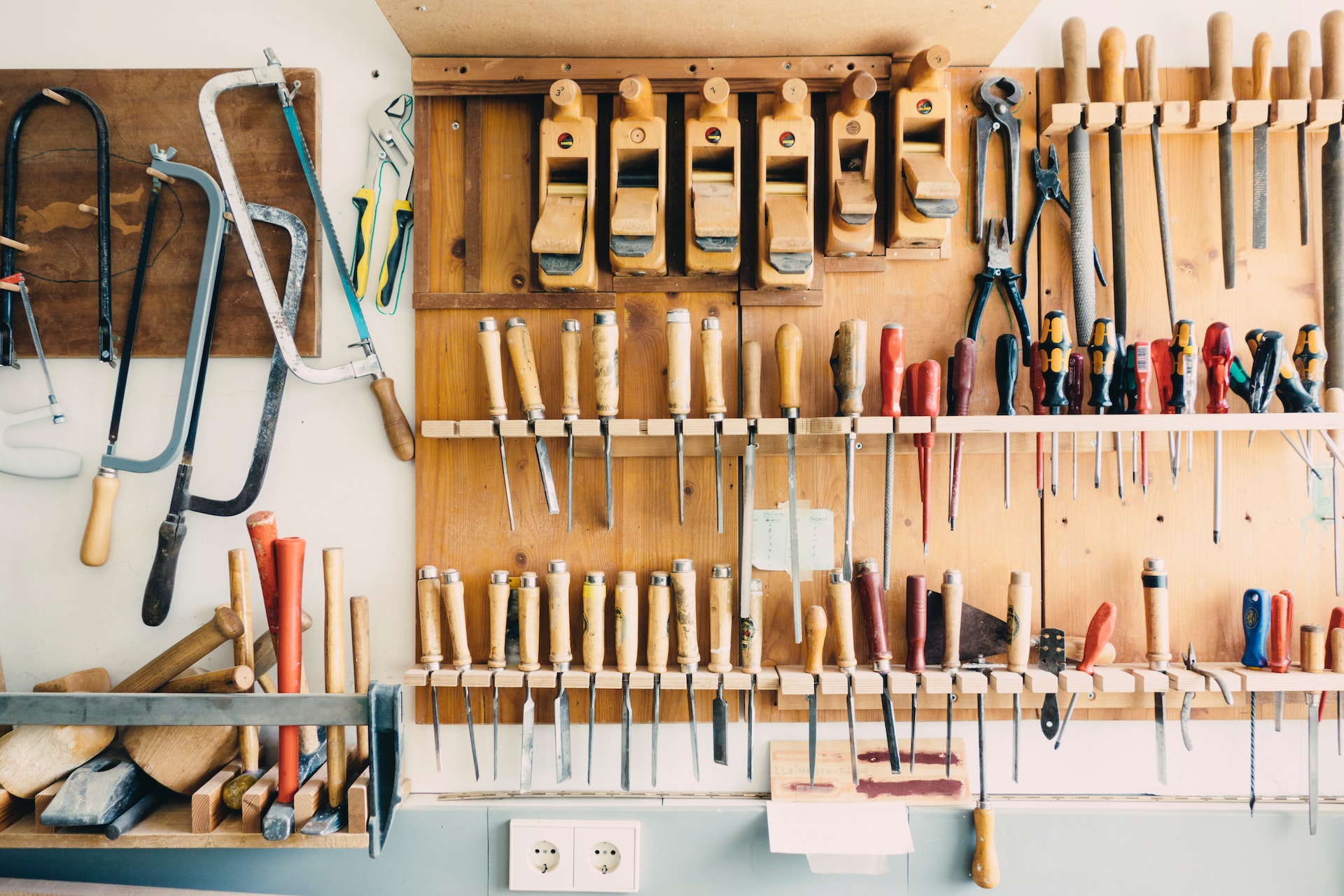 Anger has its uses, but it’s also a powerful emotion that can cause untold damage. In that way, anger is a little like fire, in that it can be used to keep you warm on a cold night or to cook up some steaks, but it can also burn down a house or cause life-threatening injury if it isn’t handled well.

Is It Wrong to Get Angry?

Negative experiences with anger can make one leery, just as getting burned will make one cautious around an open flame. If you had a parent or another loved one that said or did harmful things to themselves or others when they were angry, or if you are that way, then you can understand why it’s risky to trust your anger or to automatically see it as a positive thing.

This is especially so for Christian believers because of the many warnings in the Bible about anger. And so, the first important question to ask is whether it is always wrong to get angry, or if there is more nuance to the situation.

Certainly, the Bible does say that anger is wrong under certain conditions. It can be unjustified, uncontrolled, or simply unrighteous, and that is when it becomes problematic.

Whether its Cain becoming “very angry” (Genesis 4:5, NIV) because God didn’t look with favor on his sacrifice, leading him to murder his brother Abel, or Jonah saying, “I’m so angry I wish I were dead” (Jonah 4:9, NIV) because the Lord showed grace and had mercy on Jonah’s enemies, we see how when uncontrolled, it can be deeply problematic.

In the two examples given here, anger is wrong because it is for the wrong reasons, and leads both Jonah and Cain into sinful behavior and attitudes toward others. Instead of the compassion and right behavior that God desires from people, anger can lead us into callous behavior and hatred toward others.

James writes, “My dear brothers and sisters, take note of this: Everyone should be quick to listen, slow to speak and slow to become angry, because human anger does not produce the righteousness that God desires.” (James‬ 1:19-21)

It can also be sinful if it is allowed to linger and begins to undermine the integrity of relationships between people. The apostle Paul spoke to this, writing “‘In your anger do not sin.’ Do not let the sun go down while you are still angry, and do not give the devil a foothold.” (Ephesians‬ 4:26)

Unresolved anger sits at the root of resentment, which destroys relationships from the inside out. Instead of using our speech to build others up and to work toward their good, anger would have us hold a grudge and act in ways that undermine the well-being and flourishing of its object. ‬‬‬‬ 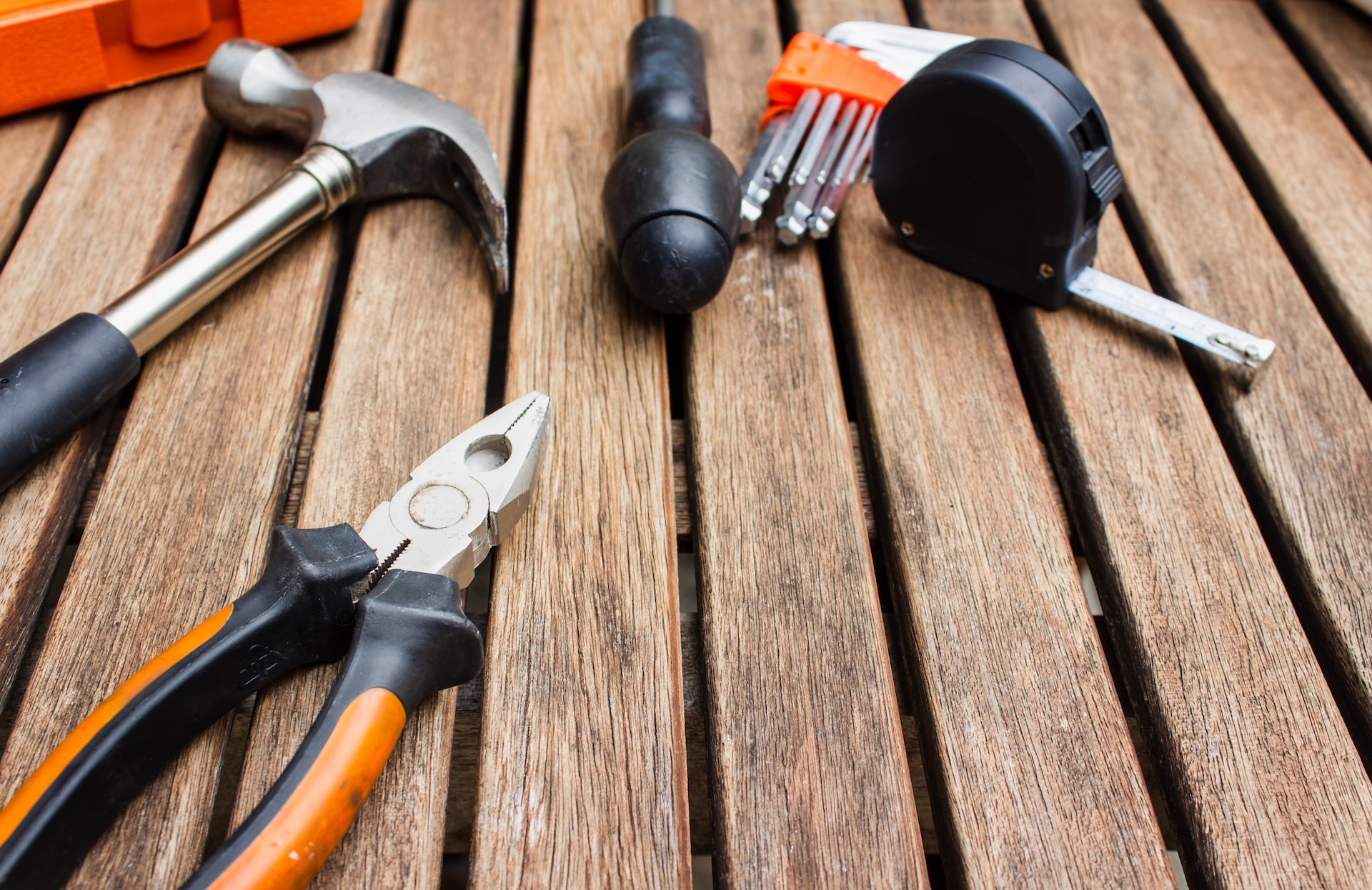 The book of Proverbs contains many observations about human life, and how certain actions and attitudes tend to result in particular outcomes. Anger is part of human existence, so it’s not surprising that the book of Proverbs touches on it. One passage reads, “Fools give full vent to their rage, but the wise bring calm in the end.” (Proverbs‬ 29:11)

Being a “fool” in Proverbs is not just about not thinking through the consequences of your actions; the “fool” is a person who doesn’t know God and isn’t living well in light of the reality of who God is. ‬Giving full vent to rage is foolish because of how it damages relationships, and this is contrasted with the wise person who brings harmony into situations and relationships.

Another gem from the book of Proverbs reads, “Whoever is slow to anger has great understanding, but he who has a hasty temper exalts folly” (Proverbs‬ 14:29, ESV).

The writer and poet Ambrose Bierce never spoke truer than when he said, “Speak when you are angry, and you will make the best speech you will ever regret.” Anger can overwhelm our ability to control what comes out of our mouths, and that’s why it pays to be calm so that your rational faculties remain in charge of your responses when aggravating circumstances arise. ‬‬‬‬

This isn’t the whole story, though. We encounter many other references to anger in the Bible where it is not cast in a negative light. Even in the Ephesians passage quoted above, there’s a nuanced and important distinction made between getting angry and sinning.

So, on the one hand, being angry and sinning aren’t necessarily the same thing, because the emotion and the actions it inspires are separated by the decision to follow through on the anger in an ungodly way. On the other hand, anger can itself be appropriate and godly, or the response of a prideful and foolish heart. 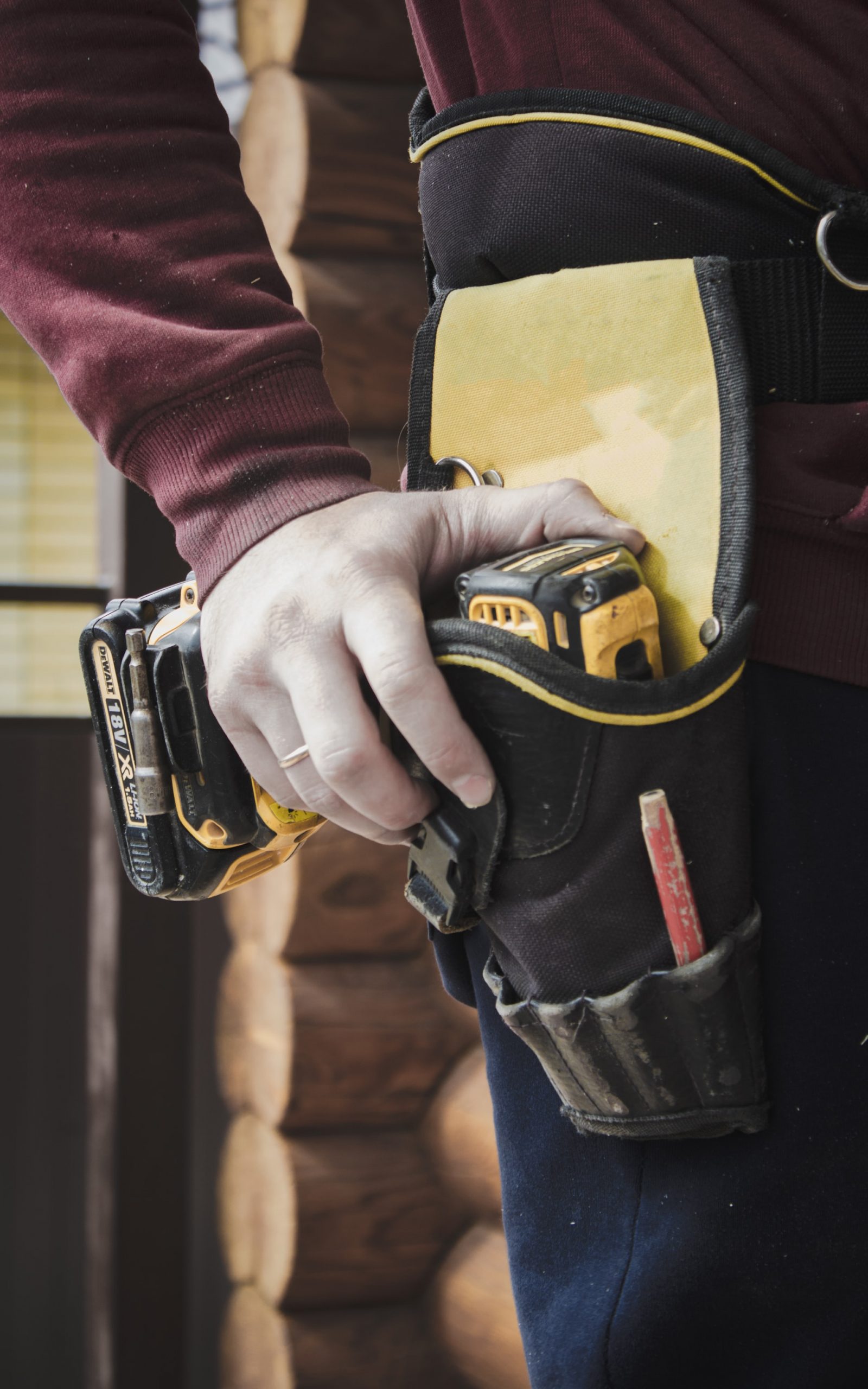 Sometimes the Bible speaks of righteous anger, and this is the kind that God displays. For instance, Jesus gets angry at the Pharisees for their hypocrisy and unwillingness to admit the truth; they would ratherremain silent than acknowledge the truth and thereby lift burdens off the shoulders of others.

We read, “He looked around at them in anger and, deeply distressed at their stubborn hearts, said to the man, ‘Stretch out your hand.’ He stretched it out, and his hand was completely restored” (Mark‬ 3:5, NIV). In the Psalms, we encounter many passages like this one: “God is a righteous judge, a God who displays his wrath every day” (Psalm‬ 7:11, NIV).

How Can You Deal Effectively With Anger?

To handle anger, it’s helpful to acknowledge that it can be problematic and prevent us from receiving the best that God has for us. Without this acknowledgment, we wouldn’t think there’s an issue that requires attention. Uncontrolled anger is a serious problem, and it can speak to one’s character if anger is left to run riot.

Without self-control, a person is like a “city whose walls are broken through” (Proverbs 25:28, NIV). The healthy perspective to adopt is that losing your temper isn’t a sign of strength, but weakness. The Bible reminds us that “Better a patient person than a warrior, one with self-control than one who takes a city” (Proverbs‬ 16:32).

The appropriate response to the recognition that our anger is out of control is to confess it as a sin before the Lord and to make things right with those that have been hurt by it. We don’t do ourselves or others any favors by pretending there is no problem, by shifting the blame for our behavior onto others, or by minimizing it. It’s also important to deal with anger by addressing its root causes as early as possible.

One of the causes of anger is injustice or poor treatment by others. How are we to deal with such treatment? On the one hand, speaking truthfully and boldly about the harm others have caused us may allow us to set clear boundaries and express that anger effectively.

However, sometimes it’s best just to let our anger drain away and overlook other people’s offenses. As Proverbs 19:11 teaches us, “A person’s wisdom yields patience; it is to one’s glory to overlook an offense.”

Whether we choose to confront or overlook someone’s sin against us, another part of our response should always be to allow God’s wrath to deal with people on our behalf. Psalms 37: 8 (NIV) urges us to “Refrain from anger and turn from wrath; do not fret – it leads only to evil.” ‬

Dwelling on what others have done to us will usually serve to stoke the fires of our outrage, and that usually doesn’t end well. Rather than giving in to our own wrath which can be tainted by selfish interest and pride, the Bible reminds us to not play God and leave room for God’s wrath (Romans 12:14-21).

Instead of paying others back, we can deal with anger by returning blessings for curses, as the passage in Romans 12 above urges us to do. This is only possible if God has so transformed our hearts that we trust that God will do what is right. We must truly believe that God will ultimately triumph over displays of power and arrogance through the cross of Christ. 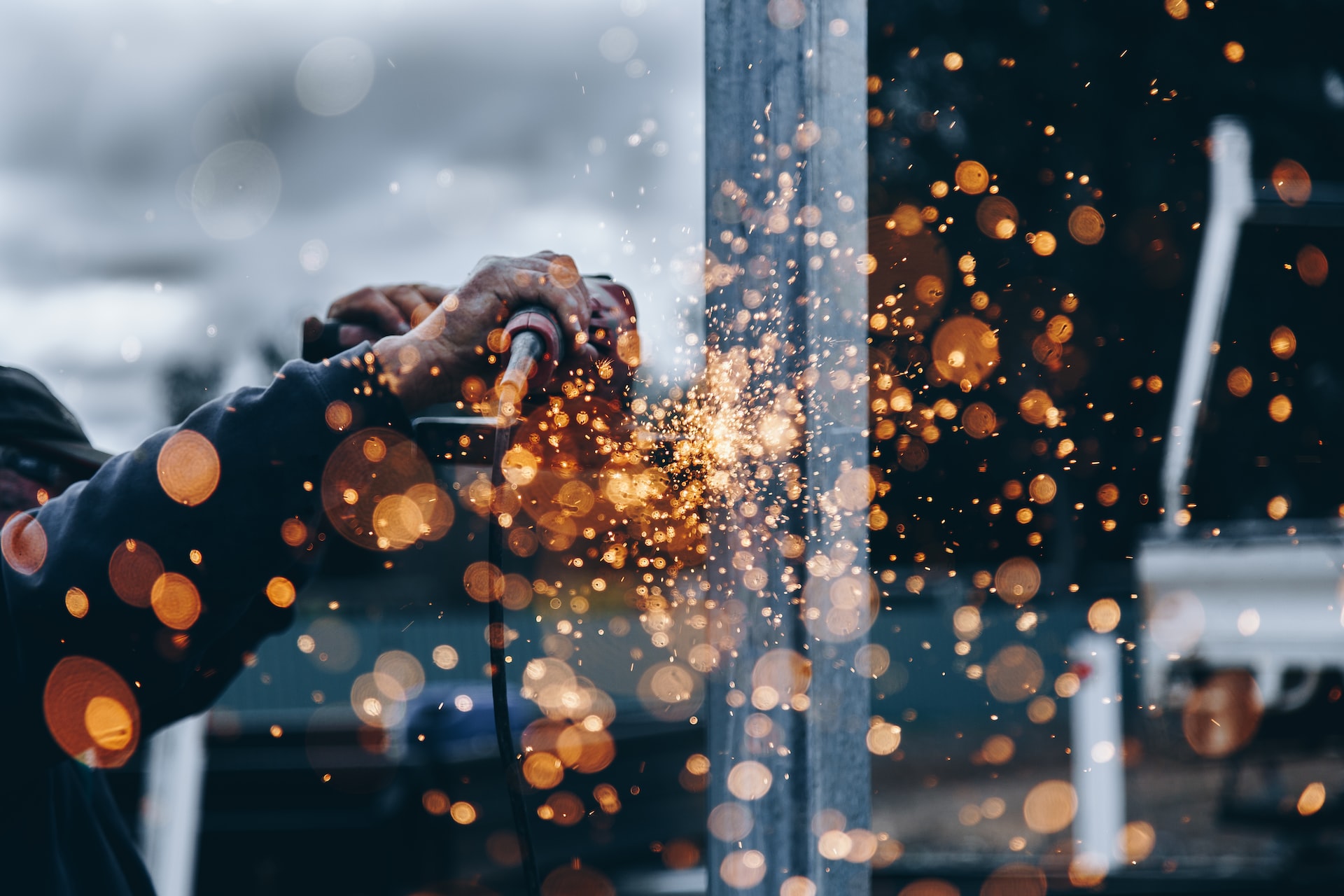 Sometimes, the best way to deal with anger is to walk away when you start to feel the heat. There’s nothing wrong with leaving the room if you feel yourself getting angry. Excuse yourself, then take a few deep breaths.

“Starting a quarrel is like breaching a dam; so drop the matter before a dispute breaks out” (Proverbs‬ 17:14).

Counseling for Problems With Anger

Aside from the fact that anger may be sinful, the problem with anger is that it can break down communication and tear apart relationships. We ought to take responsibility for our anger, and thankfully there are various ways to handle the anger that are pleasing to God. Apart from the Bible verses about anger and principles suggested above, one way to begin dealing with anger is through Christian counseling for anger management.

Anger is a multifaceted emotion, and it will often have physiological and spiritual dimensions. One’s anger is often rooted in pride or poor self-discipline, but it can also be a symptom of depression or dementia. A mental health professional will help you understand the root of your anger and begin walking with you as you deal with it.

In counseling, you can learn several things, including:

If you struggle with anger, and if you’ve damaged relationships and your health due to anger, know that there’s help available to overcome that anger and begin living out of God’s peace that surpasses all understanding (Philippians 4:7). Reach out today and make an appointment with a counselor who focuses on anger management to begin letting go of anger. Your counselor will partner and walk alongside you on this journey.