There are very few sure things in this world. Much that offers us promise disappoints when we need it most, leaving us high and dry. We are imperfect beings living in an imperfect world, and that produces a lot of heartache. We are responsible for some of that heartache if we are honest with ourselves. 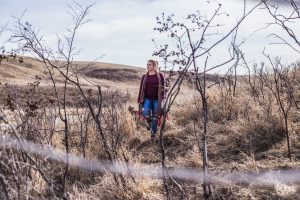 We are aware that none of us is perfect. When that reality hits us, and we are confronted by it, we have the choice to pick up where we left off and try to do better, or we can give up on making the world and our lives a little bit better.

As we ponder our imperfections and shortcomings, it is important to keep our eyes and hearts on God’s forgiveness. While making us aware that we have not arrived, that we are not the people we are meant to be, God’s forgiveness empowers us rather than leaving us feeling paralyzed. It matters to know what God’s forgiveness means to us and how that can transform our lives.

One of the most powerful stories Jesus told is the story of the prodigal son in Luke 15. This son, who demanded his inheritance from his father and then squandered it, brought shame upon himself and his family. Having become poor to the point of eating pig feed, he nonetheless plucked up courage and decided to go home, planning to beg for forgiveness and work for his father as a servant.

As a mostly westernized audience, we here in the United States often miss what’s going on here. The son had well and truly cut himself off from his family, showing arrogant disregard for his father, and there was no way his father could accept him back – it would be too shameful within that community.

The best he could hope for was to become a servant. The father, however, ran to him with open arms (casting aside any sense of decorum in doing so), and welcomed his son home, ordering servants to dress him appropriately as a son and to begin a feast in his honor.

The father in this story represents God, and Jesus told the story to let us know how abundant God’s forgiveness and grace are. The son is welcomed home, despite everything he had done. God comes to us with open arms, willing to forgive us and embrace us, to set a feast to welcome home a child who was lost and thought dead, but who now has been found.

Nothing unforgivable before God 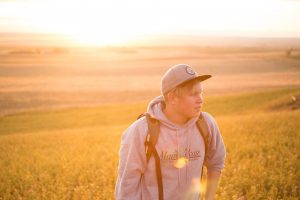 The context of the story of the lost son is that people were grumbling against Jesus for eating with tax collectors and sinners. These were people that were considered disreputable and the lowest of the low. Why was Jesus, the holy teacher, eating with them? Jesus was showing them how God welcomes all people, and that there is nothing unforgivable before God.

Human beings may struggle to forgive certain things, but God is willing and able to forgive all things. In Psalm 51, David asks the Lord to forgive him for having committed adultery and then killing the woman’s (Bathsheba’s) husband to cover up his sin. This grievous sin is forgiven. We encounter people caught in adultery (John 8), thieving tax collectors (Luke 19), and many other people whom God forgives.

In Jesus, God can forgive us without being unjust. On the cross, Jesus took the sin of His people upon himself, dying to pay the penalty of our sins. If we trust in Jesus, all our sins are placed upon him and dealt with, and he gives us his righteousness. Nothing is unforgivable because Jesus took every sin upon himself. All God asks us to do is to trust that what Jesus did for us and on our behalf is enough.

No one is beyond God’s forgiveness

Just as there is nothing unforgivable, there is no one who is beyond God’s forgiveness. We often create any number of barriers in our relationships with others. We accept some people and reject others. This may be because they belong to the “wrong” race, gender, ethnicity, socio-economic bracket, etc. We reject them and build roadblocks and walls between ourselves and them.

God, on the other hand, is about building bridges and breaking down walls. “For he (Jesus) himself is our peace, who has made the two one and has destroyed the barrier, the dividing wall of hostility…His purpose was to create in himself one new humanity out of the two, thus making peace, and in this one body to reconcile both of them to God through the cross, by which he put to death their hostility” (Ephesians 2:14-16). 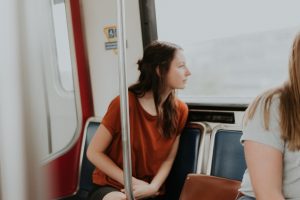 No one is kept out of God’s new humanity – the divisions that kept us apart, the “dividing wall of hostility” has been demolished. All are welcome in God’s kingdom; all can be forgiven. Another famous verse says, “For God so loved the world that he gave his one and only son, that whoever believes in him shall not perish but have eternal life” (John 3:16). If you are part of ‘the world’ then this Scripture is also for you.

Even as God’s people, we don’t automatically stop sinning. God’s forgiveness remains open to us. The generosity shown us at the first continues to be available to us. He simply calls on us to own our mistakes and ask to be forgiven. 1 John 1:8-9 says “If we claim to be without sin, we deceive ourselves and the truth is not in us. If we confess our sins, he is faithful and just and will forgive us our sins and cleanse us from all unrighteousness.”

When God forgives us, He cleanses us from our sin. He does not hold it against us, and we do not have to wallow in our past mistakes. “For as high as the heavens are above the earth, so great is his love for those who fear him; as far as the east is from the west, so far has he removed our transgressions from us.” (Psalm 103:11-12).

Once forgiven, our transgressions are removed from us; they don’t stick to us, and we don’t “run out” of God’s grace. Instead of remaining immobilized in our past mistakes, we are challenged to, “Go now and leave your life of sin.” (John 8:11)

God’s forgiveness leads us to be forgiving

One thing that becomes clear as we read the Bible is that the people who encounter Jesus do not leave as they came. They are transformed, they have a new life, and those new lives are oriented toward loving God and others. When God forgives us, and we encounter his grace, it changes us, too. In some people, the change is profound and immediate. In others, it may be slow and imperceptible at first, but their lives do change. 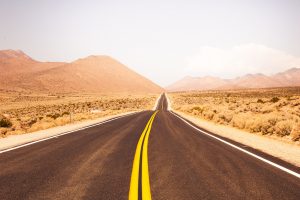 In Jesus’ teachings about prayer and one of His parables, we see that if we are truly forgiven and have known God’s forgiveness, it changes us and makes us more forgiving of others.

In teaching his disciples to pray in Matthew 6, Jesus said, “Our Father in heaven…Forgive us our debts, as we also have forgiven our debtors” and he goes on to say “For if you forgive men when they sin against you, your heavenly Father will also forgive you. But if you do not forgive men their sins, your Father will not forgive your sins.” Reflecting on these verses, one author wrote, “We are offered forgiveness on no other terms. To refuse it is to refuse God’s mercy for ourselves.”

In the parable of the unmerciful servant, Jesus told a story about a servant who incurred a huge debt from his master but could not pay it back. The master took pity on that servant, forgave the debt, and let him go. “But when that servant went out, he found one of his fellow servants who owed him a small sum. He grabbed him and began to choke him. “Pay back what you owe me!” he demanded.” (Matthew 18:28).

He refused to hear the plea of his fellow servant, throwing him in prison until he could pay his debt. The master heard of it, and the servant who had been forgiven was taken into custody and held till he pays what he owes. “You wicked servant,” said the master, “I canceled all that debt of yours because you begged me to. Shouldn’t you have had mercy on your fellow servant just as I had on you?”

God’s forgiveness and mercy toward us change us and challenge us to extend that same forgiveness to others. God’s forgiveness becomes a model for us in how we relate to other people – “Be kind and compassionate to one another, forgiving each other, just as in Christ God forgave you.” (Ephesians 4:32).

God’s arms are open to us, and he is willing to forgive us no matter what we’ve done. No one is excluded from God’s forgiveness, and that forgiveness is transformative. By his Spirit, it changes us, drawing us into a relationship with God and making our hearts more like God’s own.