Gerascophobia: The Fear of Getting Older

Gerascophobia: The Fear of Getting Older

The fear of growing older is known as gerascophobia. In December of 2016, a YouTuber named Sarah who is currently twenty-nine years old and has over 400,000 subscribers, published a video on the platform with the title “My Extreme Fear of Aging.”

In it, she discusses how gerascophobia has impacted her life, such as how she rarely leaves the house, how she worries about her body getting weaker, and how she received a gallon of sunscreen for her birthday to stave off the appearance of wrinkles.

There were 759 comments left on the video by people in their twenties and thirties who shared the sentiment that they were terrified of getting older. One of the comments says, “The day I turned twenty-seven, I had to leave work early because I couldn’t stop crying about getting older.”

The fear of getting old is old itself. 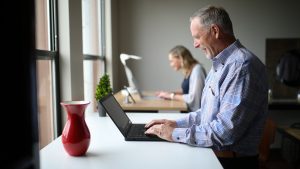 In a 1979 experiment in New Hampshire, psychologist Ellen Langer of Harvard University put a group of senior citizens in a kind of time machine that was set in 1959. The time machine was a renovated old monastery that was furnished with items from 1959, including books and newspapers from that year, a vintage radio, and black and white television. The volunteers were told to act as if they actually lived in 1959, not just enjoy the setting and the items there.

The purpose of the experiment was to determine whether their perception of their physical health and youthfulness (as in 1959) would have any physiological effects on their bodies. Langer and her students met with the men every day to discuss topics and themes pertinent to that era to accomplish this. The psychologist noticed that the volunteers’ memory, vision, hearing, and even physical strength had improved after a week of testing total immersion in the past.

Participants in the control group, on the other hand, continued to exhibit the same traits as at the start of the research because they were not required to behave as though it were 1959. We can infer from Langer’s experiment that how we feel has a significant impact on how we age.

The fear of getting older is not something novel, but it does seem to be increasing in intensity preoccupation for younger people in today’s society. According to a report that was published in 2018 by the Royal Society for Public Health (RSPH), millennials are the generation that has the most negative attitude toward getting older. Many millennials see getting older as a steep decline and assume that dementia and loneliness were unavoidable consequences of getting older. 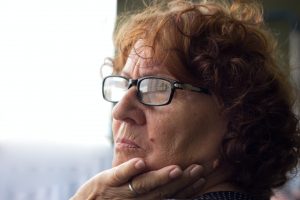 As a part of the report, the RSPH also called for an end to the use of the term “anti-aging” within the beauty industry, noting that it could be putting pressure on women to view aging as something that needs to be resisted. This call was included in the report. Even more alarming, a study conducted in 2017 found that thirty percent of women under the age of thirty-five regularly used anti-wrinkle products.

Sarah’s concern about getting older is not so much about how she will look as it is about whether or not she will have lived her life to the fullest. “It is unavoidable that everything in my environment will alter at some point, and I worry that I will not be ready for it. My parents will pass away, and I may lose relationships as well as friendships.”

“Even thinking about the possibility that I won’t be able to cope with the passing of my cat gives me anxiety, let alone the prospect of losing my own life. Will the sacrifices I make in my life ultimately be worthwhile in the end? Will people’s lives have been improved as a result of my actions? Have I been able to accomplish everything I set out to do?

The comparative nature of social media platforms, which many of us feel adds to the ongoing pressure we feel to have completed everything by a certain age, does not help. According to the research conducted by the non-profit organization Flawless, sixty percent of young adults believe that social media is to blame for their irrational fears regarding growing older.

“In my experience, people who are concerned about getting older generally feel dissatisfied with how far they have gotten so far in life,” Dr. Rose Aghdami, a consulting and coaching psychologist, says. “They feel like they haven’t accomplished as much as they had hoped to by this point. This is a very personal choice. Everyone will use their own internal barometer to determine whether or not they believe they are succeeding.”

According to Dr. Aghdami, “Social media offers a daily potential for comparing oneself with others, and I believe this can have a negative impact for some people, increasing self-criticism and self-doubt, concerns about time running out, and a feeling that one is inadequate.” 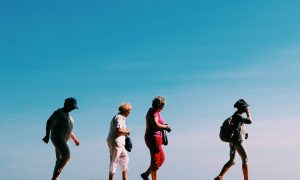 Over time, Sarah has developed the perspective that the archiving of our lives by social media can be viewed in a positive light. “I am able to see how much time has passed, and while that can, of course, send me into a downward spiral, if I compare myself to where I was just two years ago, it is also a reminder of how much can actually happen in that timeframe.” The passage of time seems to quicken with each passing year, which can feel terrifying. On the other hand, a great deal can be achieved in the space of a single year.

People who suffer from gerascophobia have very frequent thoughts about how they will look different because of aging and how they will gradually lose control over their life as they get older. “These thoughts cause panic attacks, which are characterized by shortness of breath, excessive sweating, and trembling,” explains Dr. Aghdami. “Their behavior is also affected because they frequently avoid certain activities that remind them of getting older. Additionally, they withdraw from social contact and become more isolated.”

Cognitive Behavioral Therapy (CBT), which helps individuals retrain their thinking about aging, is an effective treatment for gerascophobia. Take a deep breath and try not to worry so much about the passage of time just because you are getting closer to a significant birthday such as your thirtieth. It won’t be a problem at all. 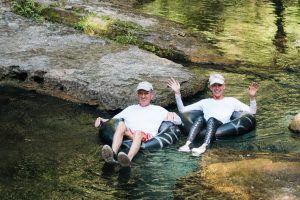 Because of the internet, everything seems to be moving at a faster pace. It can feel as though we are never truly present in any given moment, but rather are always hurtling toward some catastrophic event. As a culture, we need to be less condescending about getting older and have more open conversations about all aspects of getting older, including the many benefits that come along with it.

Sarah has finally come to terms with the fact that she is getting older and considers it to be a blessing in many respects. “My thirtieth birthday is coming up in one month, and I literally could not be more excited about it at this point. Even though I’m already one-third of the way through my life, I still have the opportunity to make the time that I have left meaningful. This fear may have dominated the majority of my twenties.”

Are you struggling with gerascophobia?

If gerascophobia or the fear of dying is interfering with your quality of life, don’t hesitate to reach out for help from a qualified Christian counselor. There may be other issues underlying your fears of aging, and your counselor can help you uncover them and deal with them.