The following words from the Bible show how important it is for us to get mastery over our anger problems:

He who is slow to anger is better than the mighty, and he who rules his spirit than he who takes a city. – Proverbs 16:32

Someone who is not easily provoked to anger is even better than ‘the mighty’; with their visible display of self-control in this matter likened to a victorious battle.

Indeed, anger is not an easy issue to deal with, especially as a Christian, but here are eight truths about anger problems to reflect on, if you are struggling with this emotion:

1. Anger is not a problem in and of itself. 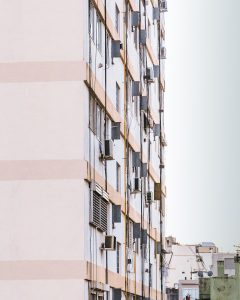 Anger is not necessarily a negative emotion; it can signal injustice. Indeed, God, Himself shows anger in the face of things that are wrong in the world. This is called “righteous anger,” and we too should become angry when we see things happening that go against the perfect order which God has created.

Abuse, child neglect, poverty, adultery, and other violations of God’s laws should anger us; and so should relational insensitivities. It can be right to be angry when we have been betrayed in a friendship or when someone has overstepped our boundaries.

Anger problems are, however, complex, and anger is often just a secondary emotion that conceals a deeper emotion. In the example above, being angry at a friend who has betrayed you probably conceals hurt. These softer feelings can make a person feel vulnerable and so anger becomes an easier (though less helpful) channel for expression.

While anger is normal from time to time, when it gets out of control or becomes habitual it can cause much damage to those exposed to it. Anger is complex, and no two individuals express it in quite the same way; it differs according to temperament, circumstances, and what has been experienced in one’s family of upbringing. 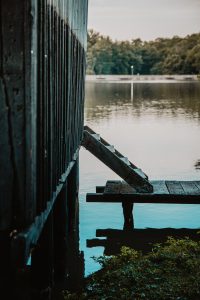 However, there are five options to dealing with anger when it bubbles to the surface: The first is suppression, where people feel too bad or guilty to feel their anger. The second is aggressive anger, which is expressed in abrasive, hostile outbursts.

The third is passive aggression, which is usually caused by a need to control others without being held accountable (silent treatment, being deliberatively evasive, etc.). The fourth is assertiveness and honest communication (a healthy choice). The fifth is letting it go (also a positive route, provided the angered person has been able to forgive completely).

3. It’s how it’s expressed that counts.

In Ephesians 4:26, Paul says, “In your anger do not sin: Do not let the sun go down while you are still angry, and do not give the devil a foothold.” This teaches us that while we may get angry, the problem lies in how we act when triggered; we may be angry, but we are to express this in a way that does not involve sinning.

We will likely find that these two elements can be difficult to separate, which is why anger problems are a cause for concern. Addressing the issue with the fourth choice above, “assertiveness,” is ideal, and would include being able to separate oneself from feeling heated and out of control and being able to express one’s emotions of anger openly and clearly, to bring about reconciliation.

If the person who has caused the anger in the first place does not respond in the desired manner this will require further self-control. The verse also commands us to deal with our anger problems before the day is done so that resentment does not set in. Not reconciling our anger, either with the person who has provoked it or just within ourselves, will give the devil a foothold, causing further division and strife.

4.“My will be done” is at the heart of anger problems.

While “righteous” anger is the kind of holy anger which God expresses, all too often our anger is caused by perceived “wrongdoing” that is not really wrong at all but is simply our perception that we have been wronged. It is also often about things that don’t matter to anyone except us; for example, when the server gets our order wrong at a restaurant. 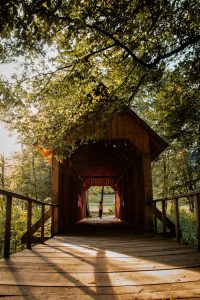 Our anger arises in these situations because of the “desire of the flesh” (Galatians 5:16). We want and believe we have a right to something going our way, and when an obstacle gets in the way of what we feel we deserve, we get angry.

Underneath most of our anger is something we wanted but didn’t get, whether it be the right meal in a restaurant, respect, power, money, pleasure, and the list goes on as long as our flesh desires. This also hints at idolatry, in that we want this thing (even if it is a good thing, such as a happy marriage) more than God.

In James 4:12, it says: “What causes quarrels and what causes fights among you? Is it not this, that your passions are at war within you? You desire and do not have, so you murder. You covet and cannot obtain, so you fight and quarrel.” Our anger problems essentially show that our hearts long for “our will to be done” rather than God’s purposes in His sovereignty.

It is helpful when dealing with anger problems to remember that God is the ultimate judge, and when Christ returns, every person will be held to account for their actions. When someone has sinned against us and we have gotten angry, it can be difficult to move past that anger even when we have dealt with it assertively or tried to let it go. This is especially true when the offender is unrepentant. Knowing that God will bring every act into judgment frees us up to move forwards towards forgiveness. 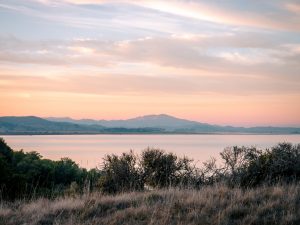 Anger makes us want to be merciless. It makes us want to punish and get rid of all offenders. But our anger problems will only start to take on a new shape when we acknowledge how much mercy God has shown to us, who hung Him on the cross.

Once we fully realize that, we’ll genuinely want to confess our struggle to God and receive His mercy – mercy which we’ll be able to show to those who have angered us. This is sincere heart change, and miraculous in every way.

We cannot hold on to our anger. Not only will it lead to bitterness which will hurt us in the end, but it is disobedient in that God calls us to forgive others, just as in Christ He has forgiven us. When we struggle with anger problems, forgiveness can seem like an insurmountable task. But as nothing is impossible with God, if we go to Him with humble hearts and ask for the Holy Spirit to help us forgive, He will give us what we need to forgive wholeheartedly.

While heart change is what is needed for anger problems to be rooted out, popular psychology has many helpful ways to manage anger, which is essentially a way of preventing or minimizing a sinful reaction. A time-out, for example, is a useful way to create separation between whatever created the angry feelings and your response.

It provides the opportunity to take a breath and think through the situation to gain some clarity. Exercise is also an excellent anger buster. Even a small amount of exercise can prevent angry feelings. Deep breathing can also be an important way to deal with anger because it helps our brains to function more correctly.

God has made us spiritual, physical, emotional, and mental beings and so it is no surprise that a physical intervention can have an impact on our psyche. We need to do whatever it takes to make sure that anger problems do not consume our lives, and this may include seeking biblical counseling if we feel that support will be of value in this critical journey.